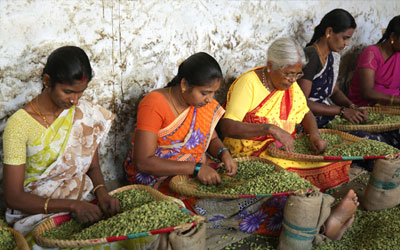 Just 25 kilometers north of Kumily, on the Thekkady-Munnar highway lays a very beautiful destination – Vandanmedu. It is located 27 kilometer away from Thekkady and 85 kilometer away from Munnar. It is quite easy to reach Vandanmedu, which is well connected with buses and taxis from Kumily and Thekkady. Said to be one of the largest auction centres for cardamom, Vandikuzhi is a treat for someone who loves to experience the rich spices of Kerala. A walk through the plantation, enjoying the aroma of cardamom will be the most wonderful experience that you will exclusively get at Vandikuzhi.

There are lot to see at Vandikuzhi, which is a budding commercial destination. This beautiful destination is rich with old buildings and no doubt its serene atmosphere will lure you...

Travel Back to History With the Old Buildings

The road which leads to this post office is known as 'anchal vazhi' and it still exist here. As per the records, before the construction of the Kumily-Munnar State Highway, the timber transportation was mainly done through this Anchalvazhy. Now this post office has been reconstructed as the staff quarters of the postal department.

History says that in the 19th and 20th centuries, more Tamil workers were employed in the plantations of Vandenmeedu, as it was easily connected to the Madras Presidency. Records say that, the village office of Vandenmedu was once the administrative office of the Travancore kings. We all know that then the Travancore Kingdom comprised of most of the parts of the southern Kerala along with the Kanyakumari district and also southernmost pat of the Tamil Nadu. 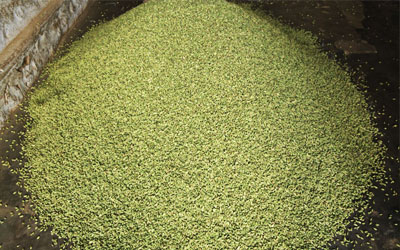 Then later, after Independence, Travancore joined with Cochin and formed Travancore-Cochin area and then years later Travancore and Cochin merged with the Malabar district of the Madras state and they all together formed to be Kerala State.

Travelling to Vandenmedu can be a travel back to history. Everything here shows glimpses of the history. You can see here a settlement register, which keeps records of that time. Some other buildings here were also used as the administering offices of the cardamom plantations. You can also notice, trenches which were created to prevent wild animals especially elephants, entering into the premises...